Written by Support
Updated over a week ago

Always know where your reserve accounts should stand. Determine how much money is currently accrued in reserves and predict how much will be released each month.

How do Merchant Reserve Accounts Work?

A merchant account reserve acts as a security deposit. It is an agreed upon amount (based on a contract) of the merchant's revenue that is put aside by the merchant (acquiring) bank as transactions are processed.

Refer to the diagram below to understand the life of a transaction. It helps to put reserve accounts into perspective. Think of the funds in a reserve account as equity required for a loan. Merchant banks are essentially extending a line of credit to merchants until the chargeback time limit expires. When there is a chargeback, the reserve funds can be used to repay the consumer.

There are three common methods Merchant Banks leverage to establish and maintain reserve accounts. A merchant bank might use one or more of these reserve methods to safeguard against its potential liability.

While the funds held in a reserve account belong to the merchant, the release of funds to the merchant will depend on the terms in the contract, which will reference one or more of the methods described previously.

For example, a temporary reserve might only be needed until the perceived risk has passed. After a predetermined time period, the acquirer will review the situation. The reserve funds will either be returned or the hold will be extended.

How does the Reserve Predictions dashboard determine the amount accrued and how much will be released each month?

Make sure that your Gateway profiles are complete and accurate (refer to the screenshot of the gateway profile window below). When you have these three fields completed accurately for each of your MIDs, the reserve prediction algorithm should be accurate. You can then use this information to compare your invoices and call out discrepancies.

If the three values above are not specified, the algorithm uses the following business rules. 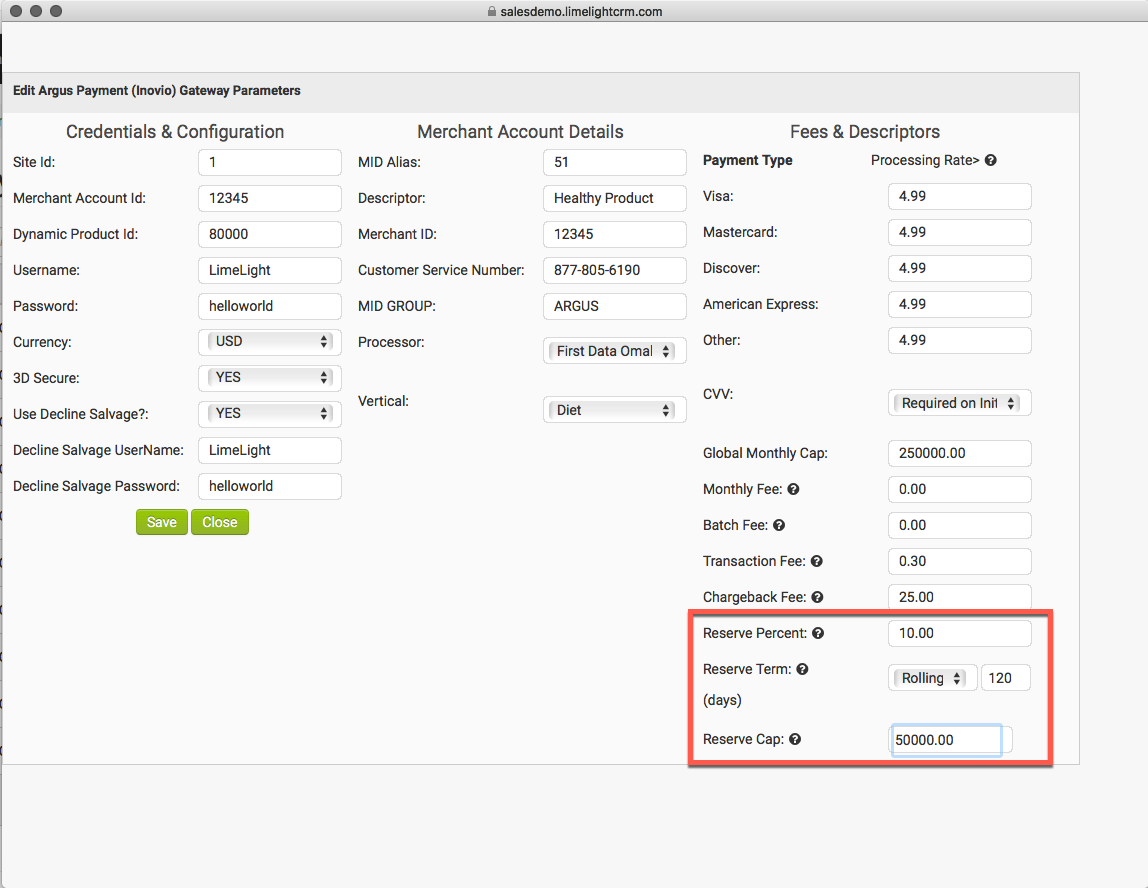 This obviously is not ideal and will result in inaccurate predictions.

Use the Reserve Predications dashboard to determine:

You may find the following Help Center articles relevant to Analytics helpful.

Did this answer your question?